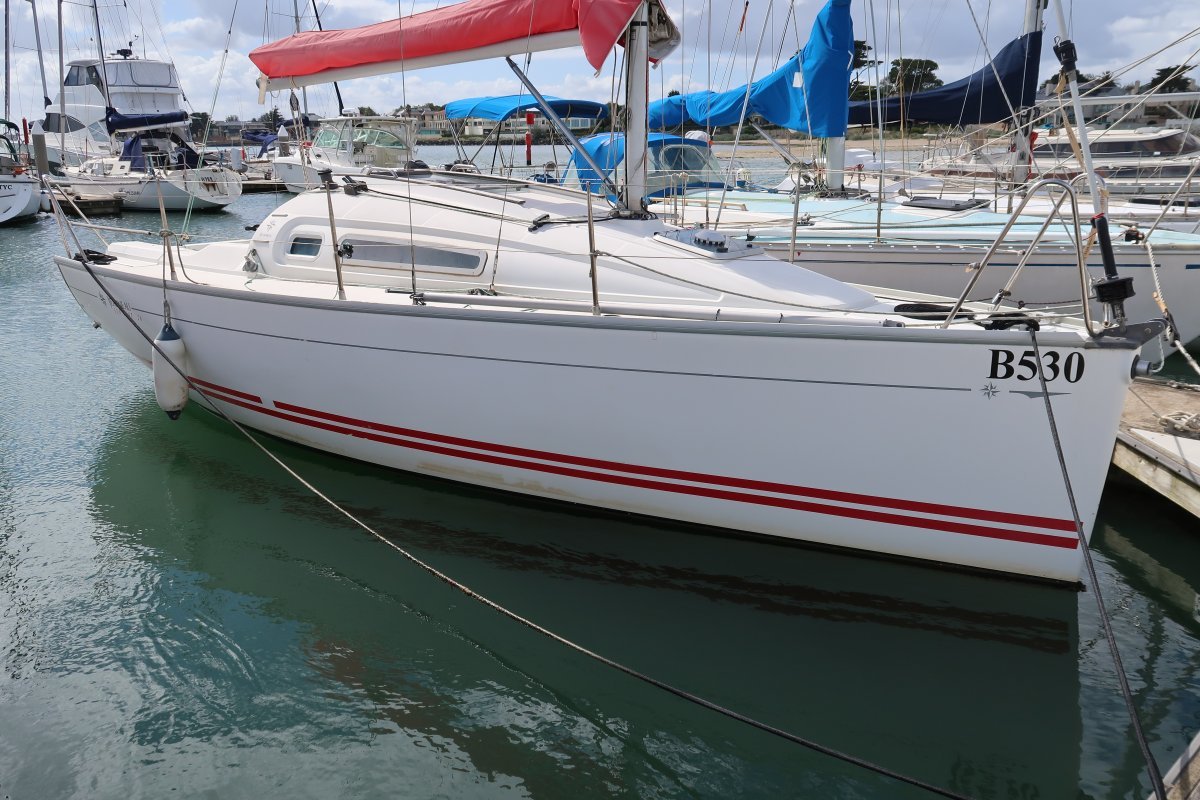 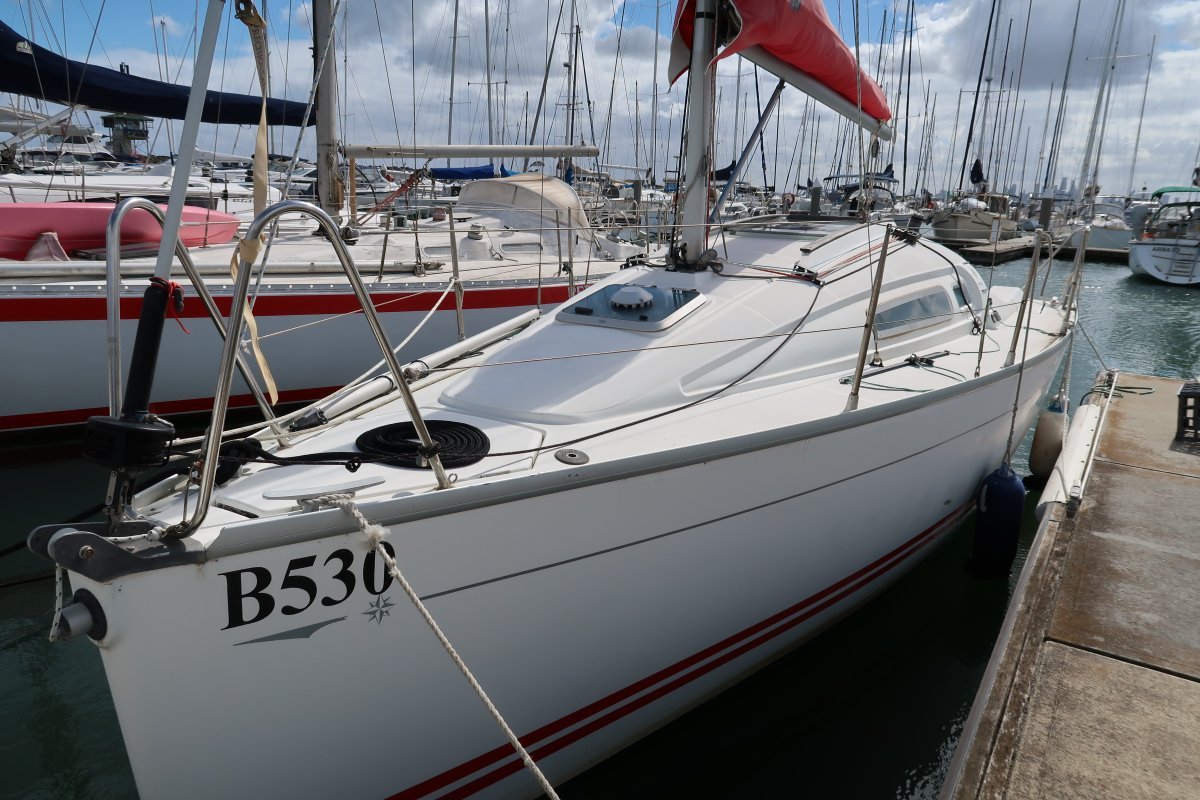 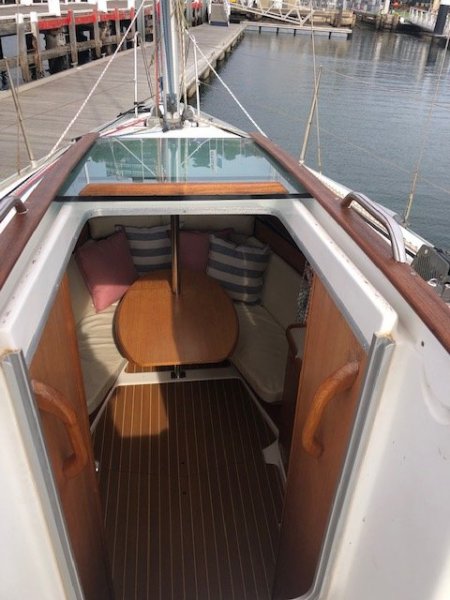 She is ideally suited for shorthanded sailing and sports a Raymarine tiller auto-helm. All controls lead back to the cockpit which now sports two large storage lockers, new rope bags and some new running rigging.